INNOVACTION STORIES: GIORGIO SADOLFO, “THOSE RUTHLESS FEEDBACKS THAT MADE US THINK OF FILO” 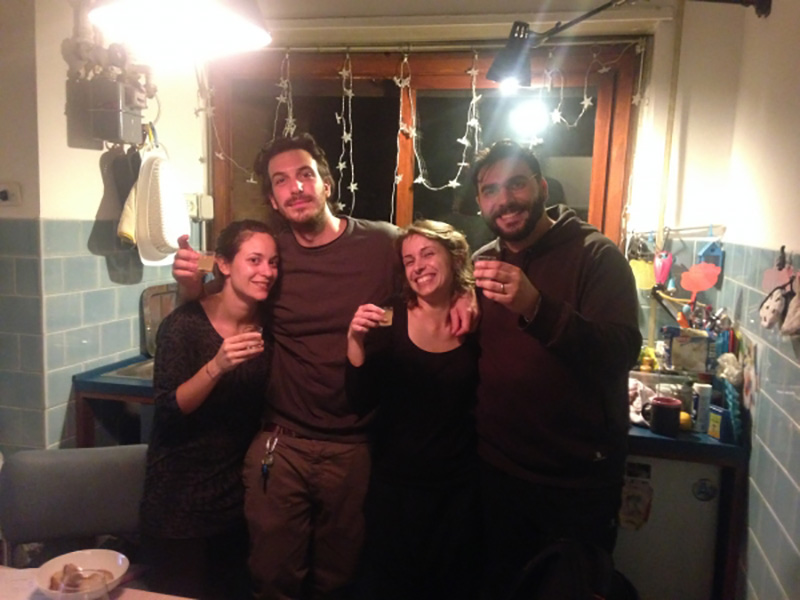 Less than one year ago, Giorgio Sadolfo, 31, was a senior consultant in the IT field. He worked as a freelance. Today he is the CEO and founder of Filo, a small device that allows you to never lose anything again, not even your smartphone.

I have spoken at several important conferences and I have never received such ruthless feedbacks as those I have received at InnovAction Lab. Never have I had so many kicks in the butt. This gave me a huge reality check and I became a humbler person. I always question what I do in order to improve what I am working on. I learned how to stay grounded and never lose focus.

Writing a one page resume was the first problem to solve, because I already had several work experiences on my shoulders and I could not leave out anything.

Before and after InnovAction Lab the difference was sixty thousand euro! 😉 In less than a year my life has completely turned upside down. Before I was a freelance, now I am in charge of a project that involves six other people. Everything changed when I met Lapo Ceccherelli on a rugby field.  Lapo was the first person I started my team with.

The Filo team was born out of affinity. We were all “old”, all thirty-somethings, except Lapo who insisted in saying that he was just twenty-nine. Roberta Alessandrini and Stefania De Roberto immediately joined us. Andrea Gattini was our first startup acquisition 😉 He was in a team who split up after the final, so we asked him to join us.

I was quite floored at the first meeting because there were a lot of groups that had already formed. In retrospect, the team was the hardest thing to do, but also the most important. Indeed it was not easy to find people who were similar to me work-wise. I believe this is the biggest challenge in InnovAction Lab and I am sure that 70 per cent of the value in my startup is represented by the team. In order to put together the group I spent many sleepless nights chatting to a lot of people, trying to understand what their expectations were. Some of them only wanted to enter the secret group, some others wanted to try and work in a startup, some others did not even have the slightest idea of what their objectives were.

Once the team was done, we needed to find an idea that had a practical validation on the market. We went to Roberta’s and started covering her kitchen in post-its with ideas on them. Then we have selected them, and assigned market research to each other in order to get an idea. At the end we came up with Filo, a system made to avoid losing stuff.

We came up with Filo because we were all excited about the idea of finding the things you usually lose. It was an unresolved issue, since Tile, our main competitor, was not clear on its mission yet. We decided to work on this idea after a survey of our friends. Roberta pushed us to find an English name and Lapo thought of the logo for Filo, that stands for find and locate.

InnLab was a real battle, especially to get to the first pitch rehearsals. We were sure we knew how to present our idea, and when Augusto asked the audience who would invest on us, we saw a lot of raised hands. However, Augusto then said: “This is a classic example of how presenting an idea with passion makes everybody raise their hands, but you did not understand anything because Giorgio spoke a different language”.

The most difficult moment was getting the material ready for the deadline.  We had to work on a lot of things and they did not seem to end. At one point, the night before the deadline, the internet connection broke and we had to go out on the deck to find a place where we had it on our mobile phones in order to use them as hotspots. When I saw the sunrise it felt like the third time I had witnessed childbirth.

It was difficult accepting the feedbacks after every pitch. Changing what we had thought and accepting the fact that other people were destroying what we had worked on. You need to be extremely humble to take the criticism. But this is what helps you grow. The button on Filo, that makes the phone ring when you can’t find it, was developed after criticism from another alumnus who kept on losing his phone. We had never thought of this.

Giving ourselves a fundamental rule from the beginning was something that made us go on in the best possible way. Everybody in the team had to say things to each other’s face in order to avoid any grudges. At the risk of fighting, but knowing that we had to make up in the end.

InnovAction Lab made me understand how investors think: how to present a project to people who may invest their own or somebody else’s money; what it means to develop an MVP; understand the timing in which a project has to evolve, but most of all, it gave me the ability to go the whole hog with the ideas I believe in, even if I get kicked in the butt by the people near me.

At the final we were excited. We came in fourth.  When this was announced we rejoiced as if we had won everything. We were sure we had done a good job and seeing that our effort had been acknowledged made us incredibly happy. During the final we met several investors and made numerous contacts that in the following days brought us to LUISS ENLABS first and then lead us to finding investors for the round  we are currently pursuing. We are looking for 500,000 euro and we have already been granted part of such amount by people whom we met at the final of InnovAction Lab.

Once InnovAction Lab was over, something started that I would have never expected.