INNOVACTION STORIES: DARIO MUSUMECI, “At INNLAB I learned how to Resize the problems” 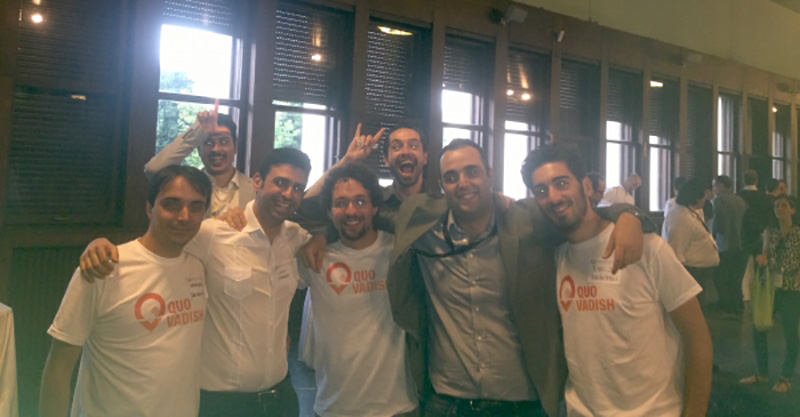 Dario Musumeci, 24, alumnus of 2013, graduated on Monday in Economics and Management, but since January he has been working in Sao Paulo for a startup that deals with highly innovative e-learning platforms.

After attending InnovAction Lab I changed my mind about what I can do. I literally resized my idea of difficult. You can do anything. You may even create your company. During the program I learned things that would never come to your mind when you are a university student. Before InnovAction Lab I would have never thought, for example, that I could get excellent results with a team of competent people, or that I could create my company from scratch thanks to a good idea and a lot of execution.

Once InnovAction Lab was over, I really wanted to go abroad, so I went to Ireland. There I had the pleasure to share an apartment with many Brazilians and I started learning a bit of Portuguese. When I went back to Italy I decided that I wanted to try something intense at all costs and go to Brazil. Therefore I tried different things to make my dream come true. I contacted several Italian companies overseas, I went to the consulate, to the embassy, I went looking for help at the Chamber of Commerce, but I found nothing. Then I realized that Diego Falanga, an InnLab alumnus from 2013, who is from Catania just like me, had written his dissertation at the incubator of the University of Sao Paulo. I contacted him and Diego introduced me to the founders of the startup he is working now. I was interviewed on Skype in English, since I did not speak any Portuguese, and they were very impressed by my background and especially by the fact that I had attended a program like InnovAction Lab. So I was offered a three-month internship.

In October 2014 I started studying Portuguese and now I speak Portuguese at work too, despite this was not a requirement. After the first three months I was offered an open-ended contract and now I am going to be here for a while at least.

During InnovAction Lab I had a lot of fun and I learned how to solve several problems. My startup, Quovadish, was born in a team where there were two economists, but I soon ended up being the only one who had to deal with a lot of emerging problems. Many of those problems I still face today, because the startup I work for in Brazil chose to pivot and change its target completely. Basically I am still doing InnovAction Lab. There is a huge difference though: there’s a lot of money involved here and the risk is high, while at InnovAction Lab you don’t have that many responsibilities, at least at the beginning.

To me InnovAction Lab was a quite hard experience because I had it while I was writing my dissertation. Unfortunately, when you are studying at university you don’t have a lot of time to have similar experiences that make you see the world of work first-hand. University does not prepare you for the market. InnovAction Lab taught me that you can do things and you can do them quick. When I see people do things in a month, while it would only take a week, sometimes I end up saying what Augusto told us!

The most difficult moment at InnovAction Lab is when you rehearse your pitch and you have worked for so long and sleep so little, and you think you have it all clear in your mind, while when they ask “Who understood what they do” nobody raises their hands. That is when you realize that you were wrong and that working all those hours in an office is not enough if what you’re doing does not match the real life or you’re not able to sell it.

With Quovadish we clashed with the real world and with a competition that we could not face. Our project was too similar to what JustEat does. We tried to carry on with our startup with a few weeks but we soon realized that we could not. I had already decided to go to Ireland and so I did. My startup buddies, Gabriele Proni and Emanuele De Amicis have later co-founded Voverc together with another innlabber, and they are now doing the acceleration program at LUISS ENLABS.

I am still working in startups and discovering a new market. Here in Brazil the market is a little behind compared to Europe and for certain aspects this is an advantage in terms of development and competition. I would love to have my own startup in Brazil one day. I think I will not go back to Italy, at least not for now, because I am discovering a lot of opportunities to grow both personally and professionally here in Sao Paulo.