INNOVACTION STORIES: DARIO DE ANGELIS “THANKS TO INNLAB I HAD MY STARTUP IN 2 YEARS AND NOW I AM WORKING IN DUBAI” 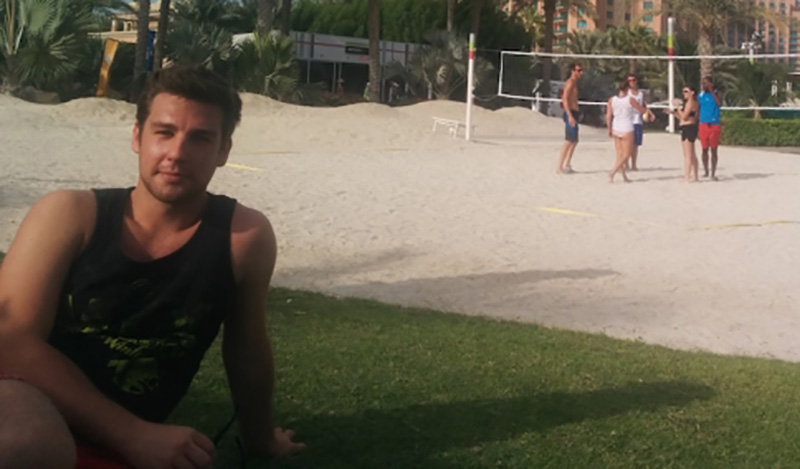 Dario De Angelis is a 24 year-old aerospace engineer who completely turned his job around in the past two years. He now works in Dubai as a digital marketing manager for Docebo, the third platform in the world as far as business training and e-learning are concerned. One and a half year ago he had just launched his startup, Makoo, born at InnovAction Lab 2013. This is what has happened in the meantime.

Between the end of my Bachelor’s and the beginning of my Master’s degree I attended InnovAction lab and that’s where my startup Makoo was born. It makes you create jewels from the voice of a person.

At InnovAction Lab you need to adjust and learn as much as possible in order to help your team. I knew English and already had an experience with writing, so I took charge of marketing and that’s how I learned everything I do in my job now.

My experience at InnovAction Lab was perfect. My team was atypical, with two engineers, one designer and one economist. According to the non-academic experiences of each of us, we came up with this Makoo project. A few months after the final we were incubated at H-Farm, one of the most important startup incubators in Italy. It was a fantastic experience and we went to events such as the Web Summit in Dublin and the Maker Faire in Rome. Everything I have learned about marketing I learned it in that period.

At the beginning of this year I decided to leave Makoo and a week later I started working at Docebo, doing something completely different from what I was doing before.

When I left Makoo I started asking the people I knew from InnLab and it came out that the CEO at Docebo, Claudio Erba, was looking for someone to take care of the marketing. I had high hopes when I sent my resume. I was chosen thanks to InnLab, my experience as a startupper, and the fact that I knew English even though I did not have any experience in marketing.

Docebo is not a startup anymore: we have two offices in Italy, one in the United States and one in Dubai, nearly 800 clients in 80 different countries, among which there are some of the biggest companies in the world. Our team is made of people from different countries but all of them have great skills. Docebo is now one of the most important e-learning platforms in the world, in other words, it is a system through which you can attend online classes.

A lot of the things that I have learned at InnovAction Lab have come in handy, even if I am not working at a startup anymore. When we go to conferences, I am often the one who gives pitches for Docebo to the people who stop by, and that’s where you can see the difference between those who attended InnLab and those who did not. People stop by and after ten seconds they are blown away.

In Dubai people used to make business with finance, while now they are turning to technology. The Startup Weekend has been taking place here as well for a few years and there is a technology university that is creating a nice class of engineers.  The city is moving towards the model of startup city, which is not yet at the level of other places, but they sure have enough capital. I manage to live the startup life here as well. In a couple of weeks I should be going to the Startup Weekend in Dubai as a mentor.

InnovAction Lab has awakened me. Before I was just a relaxed university student, now I take every opportunity to grow, know, discover and contribute to the activities of other people around me. One of Augusto’s motto is “no sloths admitted”: this was the main lesson I learned from InnovAction lab.

Without InnLab I would not be here right now, I would have had my own startup at 22, and my life would have been completely different. Then, as Augusto said, what matters is talent and drive, but InnLab was the occasion that triggered what happened in this year and a half.