INNOVACTION STORIES: GIACOMO PUTIGNANO, “THIS IS HOW MY IDEA BECAME A STARTUP” 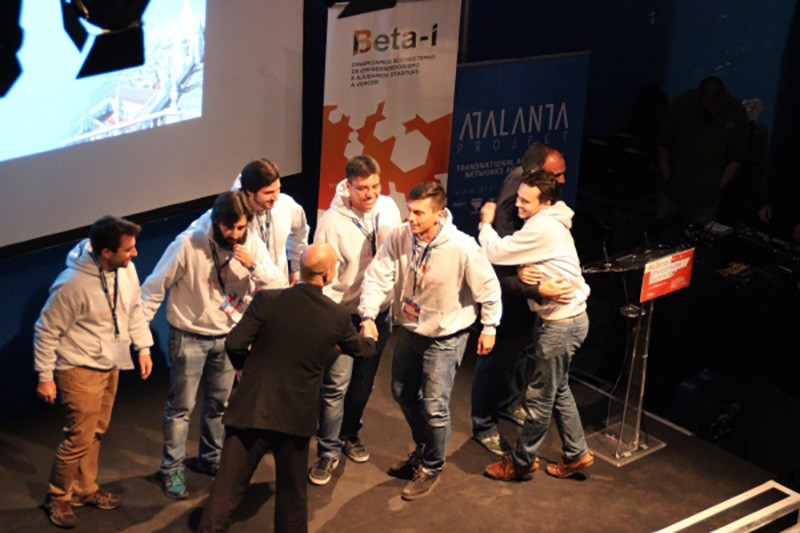 Giacomo Putignano, 25, did InnovAction Lab in 2013 during the last year of his master’s double degree program with two degrees, one in China and one in Italy. While he was in China, he came up with the idea of WalletSaver, the startup at which he is now CEO.

WalletSaver is a free app to compare tariff plans. It extrapolates the user data from a smartphone and in less than a minute it indicates what is the best tariff and which provider gives the best coverage according to where the user makes the most calls.

I got the idea in China during my first master’s year. I needed a SIM card to connect to the world and all tariffs were written in Chinese, therefore I was forced to choose a random tariff. I was in China for a year and when I got back to Italy my Italian SIM card was disconnected. This was not a language problem anymore, but it had to do with the market dynamics since all providers seem to want to confuse the user with tariffs that are more and more complex. That is why I thought about creating a system to solve this problem.

I introduced this idea during my final exam for a university class that required a pitch about a business idea. Given the positive feedback I started working on it with a friend, instead of taking an internship. We were hosted at the LUISS pre-incubator where we were told to take part in InnovAction lab. Other people we knew suggested that we did the same. So we gave it a shot.

It was an incredible educational experience. What I tell my team every day is what I have learned at InnLab.

However, the InnLab team was not appropriate for this project. I tried recruiting people during the course, but I made a huge mistake, because I focused too much on the professional skills and overlooked the personal aspect. That’s why we came in second, but we did not have a team anymore.

Immediately after InnLab, my first employer, an Italian who worked in China for an important international corporation, read about us on the newspaper and contacted me on LinkedIn. He soon became the first investor in WalletSaver.

At that point I started working on creating a real team. I changed my tack and focused on people, trying to hire people I thought highly of.

One day a guy from InnLab who had to go to Shanghai contacted me thanks to some other innlabbers. Even though I had never met him before, I shared my experience with Antonio Davoli and we kept in contact even when he was in China. When he got back, after four months in China and a couple in Silicon Valley, we started hanging out together and found out that we wanted to work together too. That’s how he entered the team of WalletSaver.

Last year, from March to June, we worked hard. Then in July we were selected at the same time by the Unicredit accelerator for fin-tech startups and by the Lisbon Challenge, where we met startups who came from accelerators such as Y Combinator and Seedcamp. In September we closed another seed round with the same investor and we started the acceleration program. We hired two developers and the team grew. Today there are seven of us: three Italians, two Portuguese, one German and one Egyptian guy.

During the last phase in the acceleration program we launched the app, and even though we did not have any budget for marketing, we reached 3.500 users in two weeks.

None of this would have happened without InnovAction Lab. I had previously dreamt of doing something completely different, but after InnLab my life changed radically. During the months of the course, I spent all my weekends in front of the computer doing research instead of going out with my friends, and on Mondays I was happy to go back to work.

InnLab made me realize that I could make it. Even if there have been some dark moments and there will always be.