INNOVACTION STORIES: ARMANDO IANDOLO, “THIS IS A CHALLENGE TO YOURSELF” 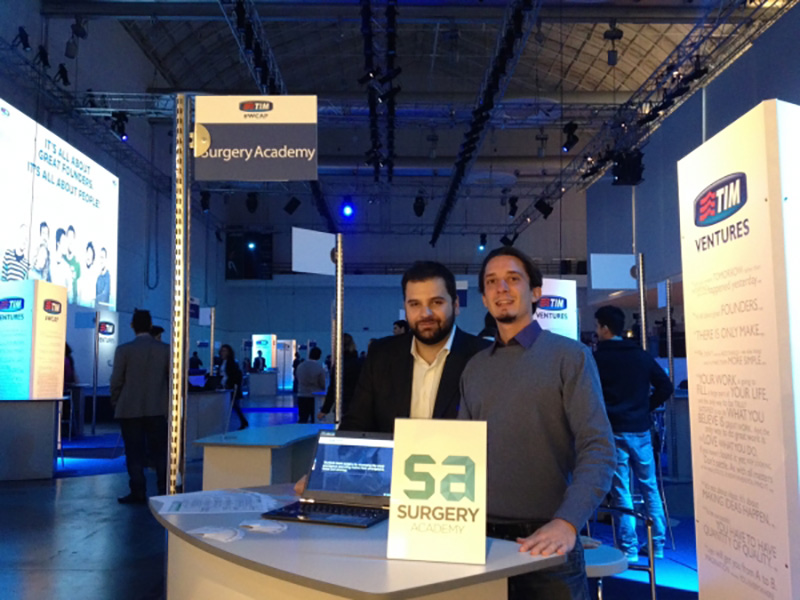 Armando Iandolo is 25 and he is a former engineering student. Before signing up for InnovAction Lab he had created Surgery Academy, at which he is currently CEO and where he now works with three other innlabbers. Together they have won a grant at the Call for Ideas by TIM#WCAP 2014 and they have followed the acceleration program at Working Capital in Milan, where their headquarters still are.

After studying engineering for two years I had second thoughts. I did not like just science and technology. I started attending online classes from American universities such as Harvard and Stanford. I cut my teeth in companies such as AmEx, GE HealthCare and Apple. Then I worked in some startups. That is how I understood how this world works and I was fascinated by how people work in a company that navigates uncertain waters all the time, but has great possibilities of growth and success.

Surgery Academy was born in a classic flash of inspiration. One night I was watching a movie and I realized that residents had to follow the surgeries performed by their professors in a separate room with a large glass window, standing far from the patient. The view was awful and the education experience was the worst: a bad view and no knowledge of the patient at all.

I thought that it would be better to allow them to get good quality images directly on their computers or tablets thanks to virtual reality or augmented reality. The following year I signed up for InnovAction Lab because I had realized that I did not have the basics that are fundamental and strategic to create a startup.

When you start InnLab it’s like being a graduate student who claims to know how the world goes. Then you realize that you have the mind of a sloth. You literally have 0 per cent of what you need to finish your class.

First and foremost InnLab taught me the necessary discipline to tackle your job every day. It taught me that a CEO has to set a vision before the start. Once we were asked: would you rather drive a car or a rocket? InnovAction Lab gives you the possibility to drive a car, pull over and get on launching pad.

The training you get at InnovAction Lab prepares you to deal with the lion’s den that is the world of startups, learning from your mistakes and from the criticism. To me having a startup means to go through several failures before reaching a personal victory towards the whole world.

The thing that stroke me the most about InnLab was the approach. It is not a course that shelters you, but it makes you realize that you are a complete fool who does not understand how the world goes. It make you understand that you are part of a system funded on economics, and that you can benefit from it too.

Today, thanks to InnLab, my Surgery Academy has changed radically. When I introduce myself to an investor I know what I am talking about and what he is talking about. I understand the approach that investors use with me and I can benefit from all the feedback I get. I understand many things that I did not understand before. Things that made me frown in front of those who criticized me and made me think that they were the ones who did not understand. Now I try to improve my work until it is perfect in every detail.

The team I have worked with during InnovAction Lab split up soon afterwards. We had understood that we were late with our project and everybody went their own separate ways. We had not clicked. I had not brought Surgery Academy to InnLab because there were other people working on it with me. It would have been unfair to them.

Thanks to InnLab I have met three of the current four co-founders: Floriano Bonfigli, who had told me about this course, Andrea Guerriero and Daniele Gulizia. The team is now made of seven people. We are negotiating with one of the most important seed investment funds in our country, in order to close our first fundraising.